What are the Cuneiform Bones?

The cuneiform bone is a very small group of 3 bones. The lateral, middle and medial cuneiforms sit across the midfoot. The intermediate (middle) cuneiform is a wedge-shaped dome that sits between the medial and lateral cuneiforms.

These are tightly packed and connected to the rest of the foot by some large ligaments, primarily to the 1st metatarsal. As a result, injuries to the cuneiforms are rarely isolated but commonly a secondary consequence of another injury.

How Many Cuneiform bones are in the foot? 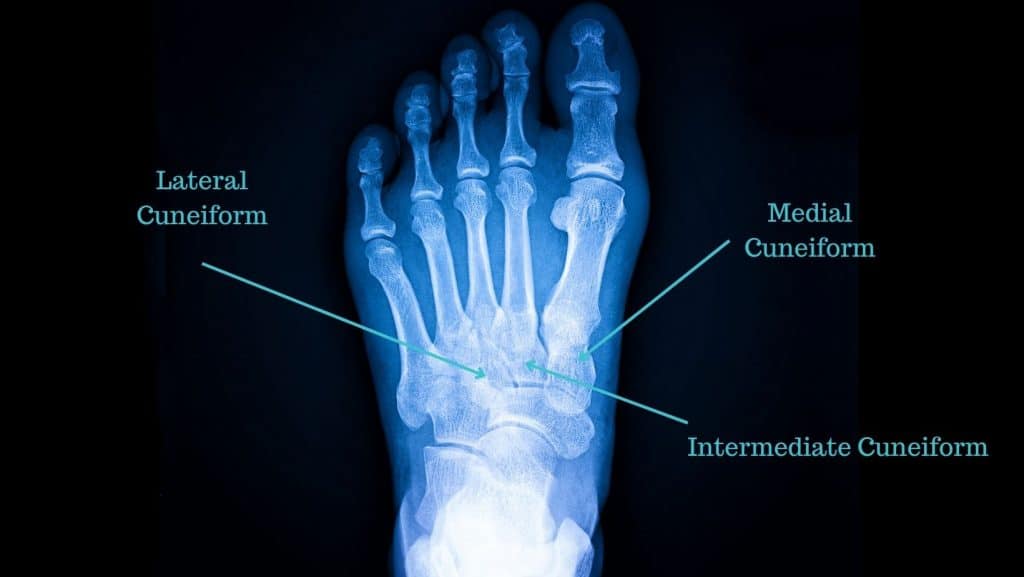 The awareness of midfoot fractures has increased in recent times. This is due to the unusual incidence where American President Joe Biden had a cuneiform fracture. Here are the common types:

Cuneiform Avulsion Fracture occurs when the ligament or tendon detaches, pulling some bony fragments off the bone.

Middle Cuneiform Stress Fracture – This type of hairline fracture of the cuneiform bone. It can be challenging to detect on x-ray, and an MRI is often required.

Lateral cuneiform Fracture – this is an uncommon site of injury. 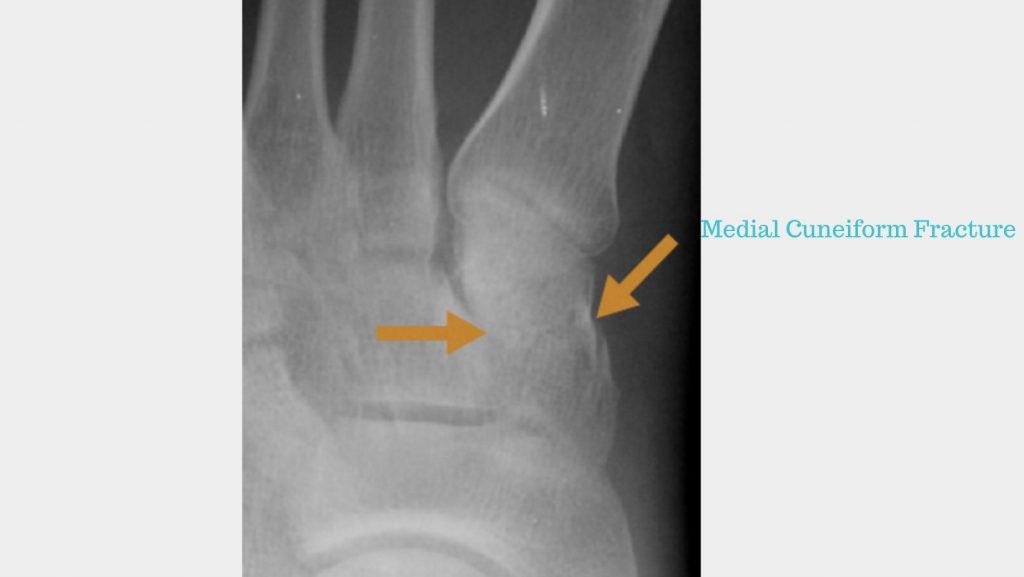 Cuneiform fractures are rare, and there is little evidence or case studies about them in the current literature. They are most often seen in high-speed incidents or as a result of overuse. Here are some causes from case studies.

How long does it take a cuneiform fracture to heal?

Once the walker boot is removed, a period of Physical Therapy for 4-8 weeks commences. This protocol is not the case for all cuneiform fractures, and we advise seeing a Foot and Ankle Orthopedic Consultant for their opinion if you have a cuneiform fracture. 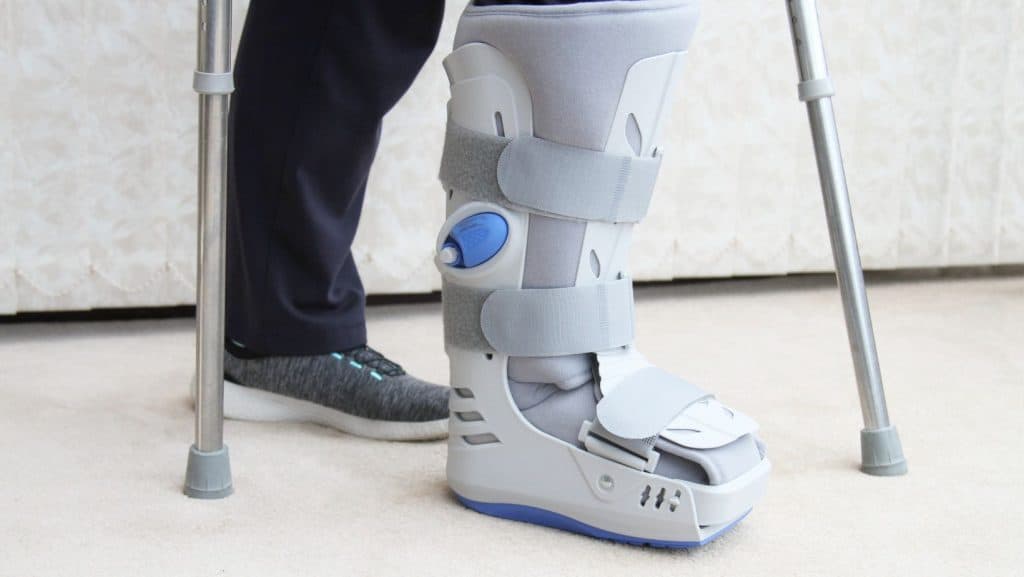 Can you walk on a cuneiform fracture?

Can you get a cuneiform fracture from running?

Yes. Impact activities such as running can cause cuneiform fractures.

Related Article: What causes pain in the arch of the foot?