The exact location and origin of the calcification is debated, and clarification can only be made with MRI imaging or during surgery. The medial collateral ligament is the most common, and it can occur in the deep or superficial portions. Other possibilities include other medial ligaments of the knee, such as the deep or superficial tibial collateral ligaments, or the medial patellofemoral ligament, and tendon on the inside of the knee such as the medial gastrocnemius, adductor Magnus or vastus medialis tendons. 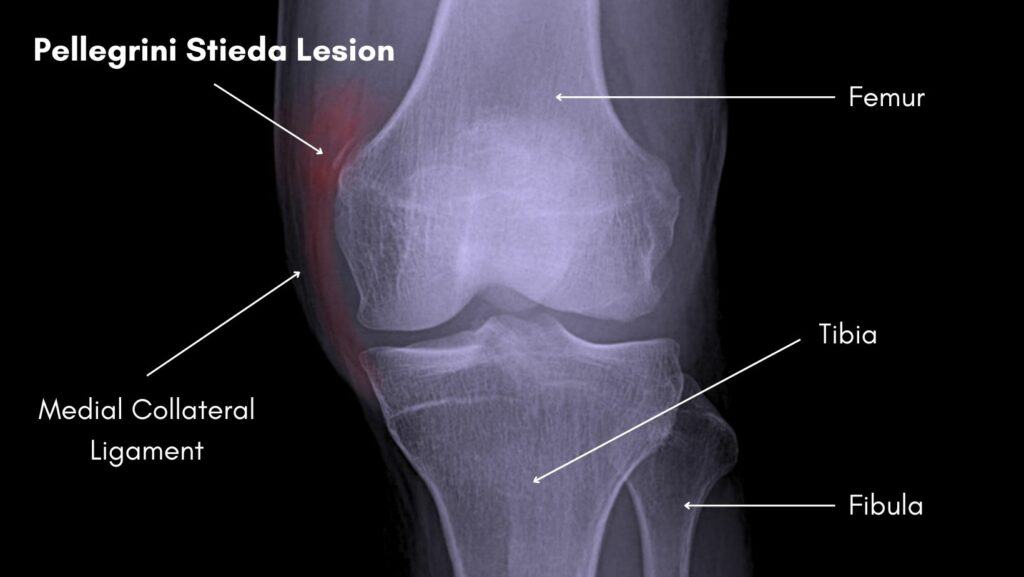 Who Can Develop Pellegrini Stieda Syndrome?

Pellegrini stieda syndrome is uncommon and in most cases associated with trauma, such as that from a sports injury. Men are more likely than women to develop this lesion and the most common age group is between 25-40 years old (Restrepo and Molina, 2017).

When symptomatic, which has been reported to be the minority of cases, Pellegrini Stieda Syndrome will present with severe and functionally limiting pain on the medial side of the knee, around the location of the medial collateral ligament attachment to the medial femoral condyle. There can be localised swelling on the inside of the knee, near to the location of pain. Pain will typically worsen over the following weeks and months, rather than with many, more common sports injuries where pain usually improves with time. The can be a lump on the inside of the knee that can be and will be tender to touch. As the condition progresses, the knee can become stiff to bend and straighten.

The exact cause of the development of a ‘Pellegrini Stieda lesion’ is unknown. It is usually associated with trauma and a tear to the medial collateral ligament, or an avulsion fracture of the medial femoral condyle. An avulsion is when a ligament pulls a piece of bone away creating a fracture and a loose body.

Treatment for severely painful Pellegrini Stieda lesions that are not improving with rest, non-steroidal antiinflammatories or corticosteroid injections is surgery. There is little that can be offered in term of physical therapy if the lesion is large, the knee range of movement is very limited and pain persists. Physical therapy may be helpful with acute onset, to guide management and with exercises to offload the knee and regain normal function. Physical therapy can also be helpful following surgery, if range of movement has been lost, or strength has reduced due to the period of reduced activity and mobility. Non-symptomatic Pellegrini Stieda lesions will go untreated. 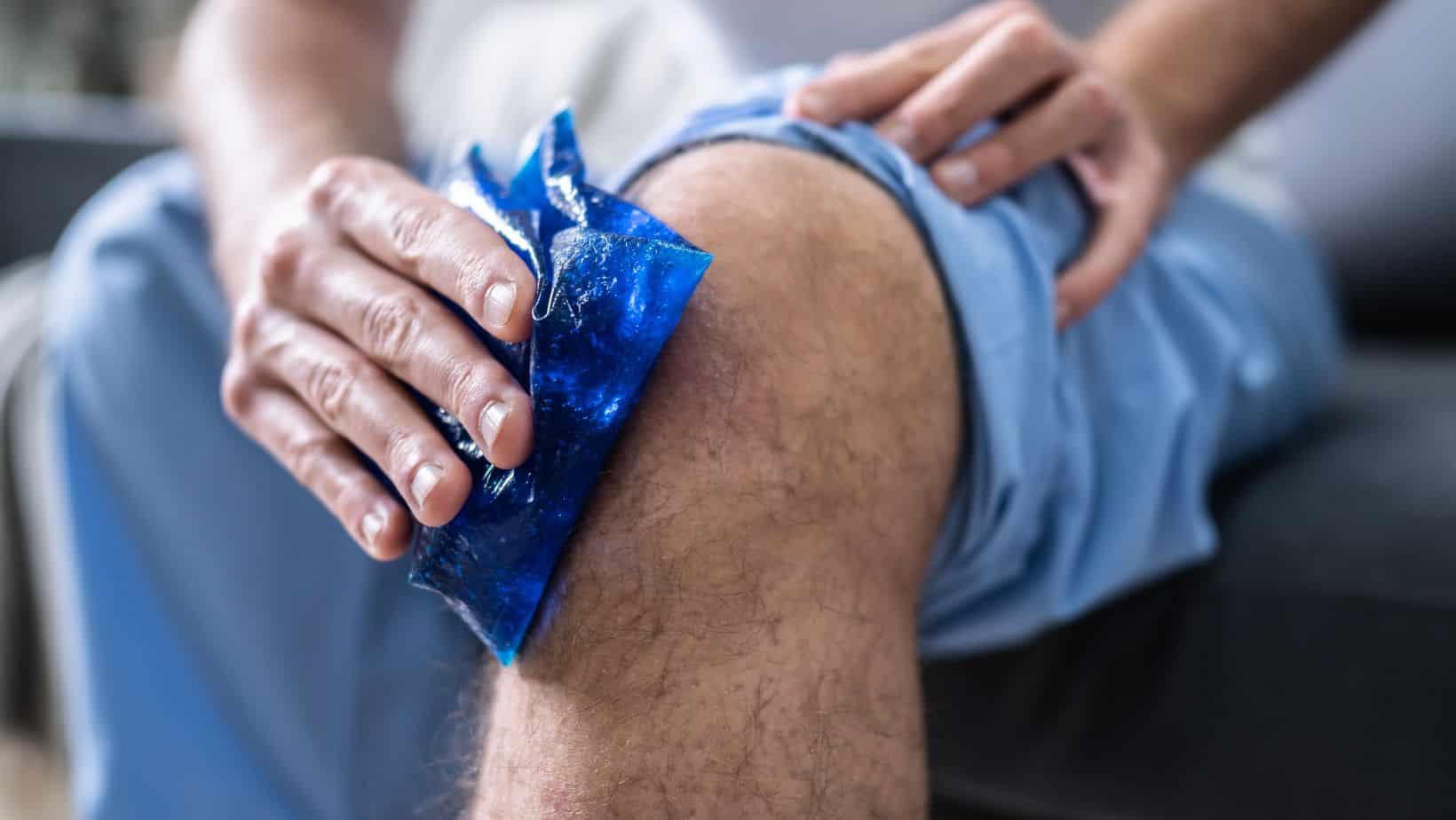 Surgical treatment for Pellegrini Stieda syndrome is straight forward. Usually done arthroscopically, as key hole surgery, the surgeon will remove the calcification and repair the medial collateral ligament or any other tissue that have damage, if needed.