The hamstring muscle group comprises 3 individual muscles: the biceps femoris, semimembranosus and semitendinosus. These 3 muscles have a common origin at the bottom of the pelvis at the seat bone, called the ischial tuberosity. The semimembranosus and semitendinosus un down to the medial side of the knee attaching onto the medial condyle of the tibia and the biceps femoris runs down more laterally attaching onto the head of the fibula.

What is Hamstring Tendonitis?

Tendonitis, also termed tendinopathy, it is an irritation or degeneration of the tendon. It is usually an overuse injury, where frequent stress and strain on the tendon causes tears or damage that the tendon will usually repair. However, with over use injuries the balance of damage and repair is not equal, either because the damage is too significant or frequent or the time to repair is too short and inadequate. This state of disrepair changes the type of protein that is synthesised and the protein that is produces attracts more water, and the tendon can appear and feel thicker.

Low hamstring tendonitis can affect any of the three tendons. The semitendinosus has a common attachment with 2 other muscles, the gracilis and the sartorius. This attachment is called the Pes Anserine, as it looks like a goose’s foot. Tendinopathy in this location is often called Pes Anserine bursitis. The other hamstring tendons, the semimembranosus and biceps femoris, can also develop tendinopathy at the knee. 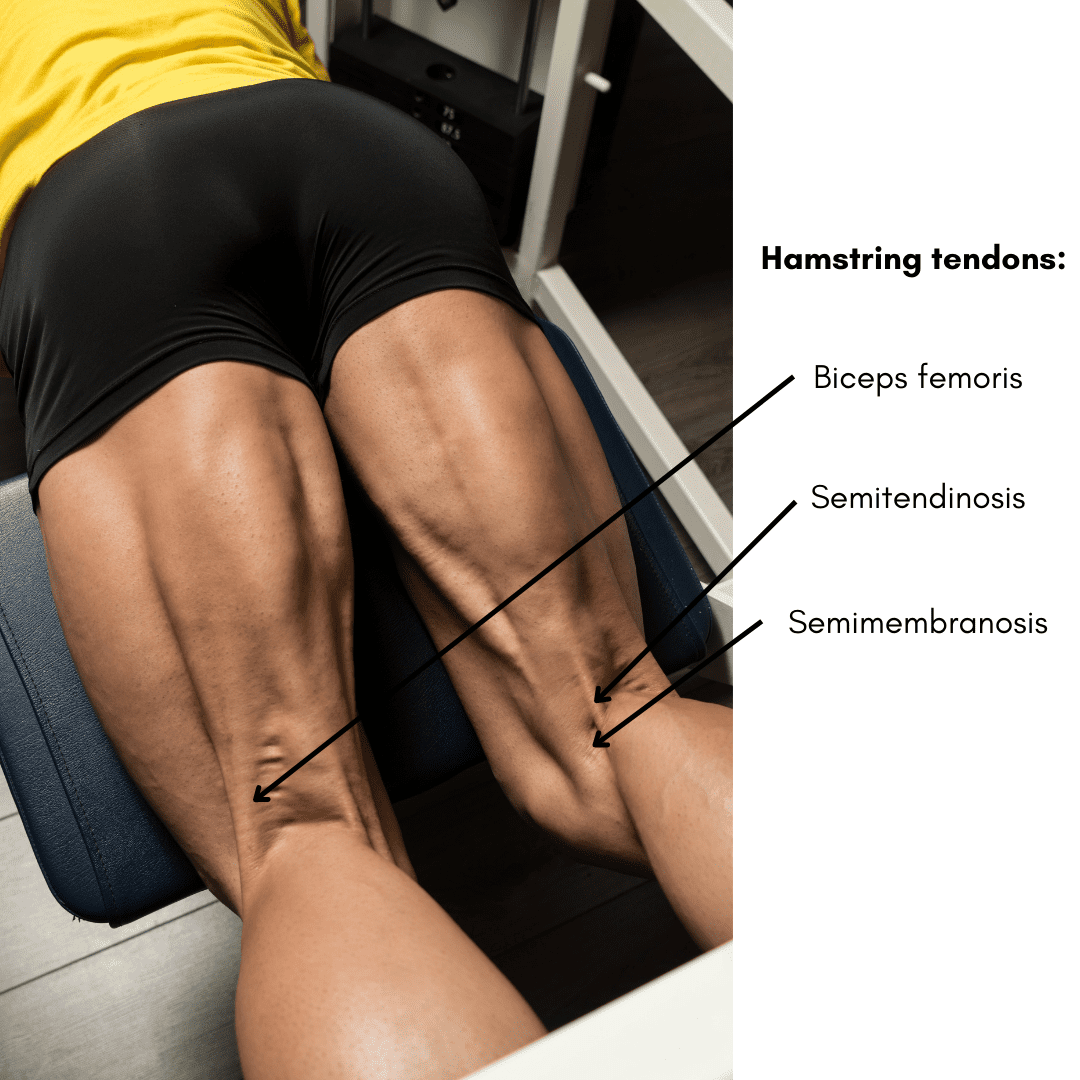 Hamstring tendonitis is, in most cases, an overuse injury. It is commonly seen in endurance sports with high volumes of training, such as running, cycling and triathlon. Training errors where an increase of volume of training or intensity of training is changes at a rate that is too great for the body to recover from is the cause in many cases. The hamstrings are worked especially with acceleration and deceleration, so sports with a lot of change of direction or stopping and sprinting cause also be a cause. There are some biomechanical causes, such as over pronation of the foot or a high Q angle at the hip for semimembranosus tendinopathy, and for biceps femoris tendinopathy, varus knees.

Additionally, there is a relatively high incidence of low hamstring tendinopathy if a hamstring graft has been used for an ACL reconstructive surgery. 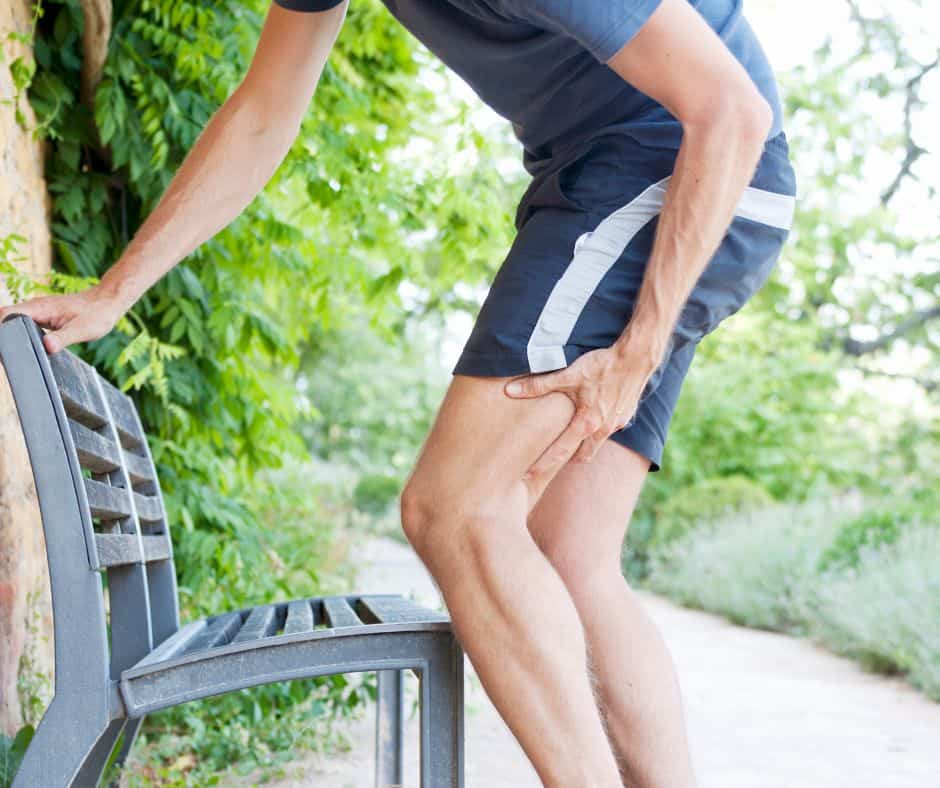 What are the Symptoms of Hamstring Tendonitis?

Low hamstring tendonitis symptoms vary from person to person and the cause of the tendinopathy in their specific case. Most cases will have pain on the tendon, to touch or squeeze it, as well as to use the muscle and load the tendon, such as with a hamstring curl or bridge exercise. Posterior knee pain or proximal calf pain near the back of the knee that is either on the outside of the knee by the fibular head or on the inside of the knee is also frequently felt. Sometimes a lump or thickening of the tendon is felt.

Depending on severity, some people will feel stiffness and higher pain after periods of rest, or first thing in the morning, and it might feel tight behind the knee. This often improves with movement and mobility, but with continued movement and use of the hamstring, pain can return and may feel more stiff after the next period of rest. Bruising does not occur with tendinopathy unless there has been direct impact to the tendon. Bruising can indicate a tear in the tendon or muscle.

How is Hamstring Tendonitis Diagnosed?

If you suspect you have hamstring tendonitis, you should see a sports doctor or physical therapist for an assessment. A medical practitioner will carry out a thorough examination, looking at your movements, strength and flexibility and special tests for the hamstring. In addition to a physical examination, diagnosis can be supported and confirmed with diagnostic imaging such as ultrasound and MRI scans.